Theresa Bentz is co-owner of Get Bentz Farm, a 40 acre farm located outside of Northfield MN.  Theresa and her husband raise Icelandic sheep for meat and wool, and use sustainable methods to manage their sheep.  Theresa is an avid spinner and teaches spinning classes and events on the farm and in her community.  In April of 2021, the farm purchased a wool mill to increase access for shepherds to have their fleeces processed.  As a handspinner, Theresa wanted to bring the skills she has gained over the years in processing fleeces to her mill, focusing the mill on providing high quality roving for spinners and felters, free from toxic chemicals and milling oils.  Theresa has also partnered with Alejandra Sanchez, who is a natural dyer, to create naturally dyed roving for customers and classes.  Theresa is the president of the Cannon River SFA chapter, she sits on the board of A Greener Pastures, and is active in the Minnesota Farmers Union, advocating for natural fibers.  Theresa is currently working on a research project with Regional Sustainable Development Partnerships to understand Minnesota’s wool economy, with a completion date of January 1st, 2022. ​

Karla was raised on a beef, small grain farm in North Dakota where they raised the majority of their food.
She'll talk about her adventures in raising her own food and take you on a tour of her small farm.

Karla is married to a  conventional crop farmer, she and her husband turned 30 of their tillable acres into pasture, no till crops and alfalfa. Karla says: "He’s still grieving, but loves the food we eat!"

​Karla will discuss the ups and downs but rewarding experiences In raising pork, beef, milking a cow raising chickens for meat and layers.  You can expect a learning curve but as Karla said this year to her vet, "Isn’t the learning curve ever going to end??"

Celia grew up in Northfield, MN where her dad started farming again in 1996. That held her interest and she ended up at NDSU with a B.S. in Ag Systems Management. Following school, she went to southwest North Dakota and worked at a co-op as a sales agronomist for just over a year when she was able to get a remote job working for OCIA, an organic certification agency. This allowed her to go back to Minnesota and live at her parent's farm up by Gonvick. She started farming with her dad on a few small fields by Gonvick while working for OCIA. In 2015 she bought her great-grandparents farm from her dad. She and her husband had their first daughter in 2017 and second in 2020, they are definitely the highlight of each day. Their daughters enjoy the critters and riding along in the tractors when they can, they keep looking forward to the lessons of each season. 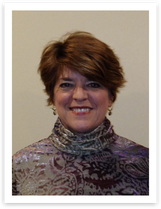 Previous to that post, Lucinda spent more than a decade in creative and management positions at Blue Earth Pictures, a Twin Cities-based production studio. While at Blue Earth she wrote and produced videos for a roster of corporate clients including Jostens, 3M, Caribou Coffee, Buffalo Wild Wings, Target, Best Buy, Mayo Clinic and Allina Health System.  Working independently, she produced TV programming in the U.S., Europe and Asia, successfully leading multi-cultural production teams and completing projects in six countries.
Lucinda has been recognized by her peers with two New York Festivals Gold World Medals, three US International Film & Video Festival Awards, a Mark of Excellence Award from the Society of Professional Journalists for feature writing, and a Regional Addy Award.  She graduated from Michigan State University’s Honors College with a degree in advertising and lives in Minneapolis with her husband Jim and their Red Heeler Gracie. ​

Currently Lucinda volunteers as a tutor with the children’s literacy non-profit Reading Partners and is a member of the Twin Cities Business Women’s Network.